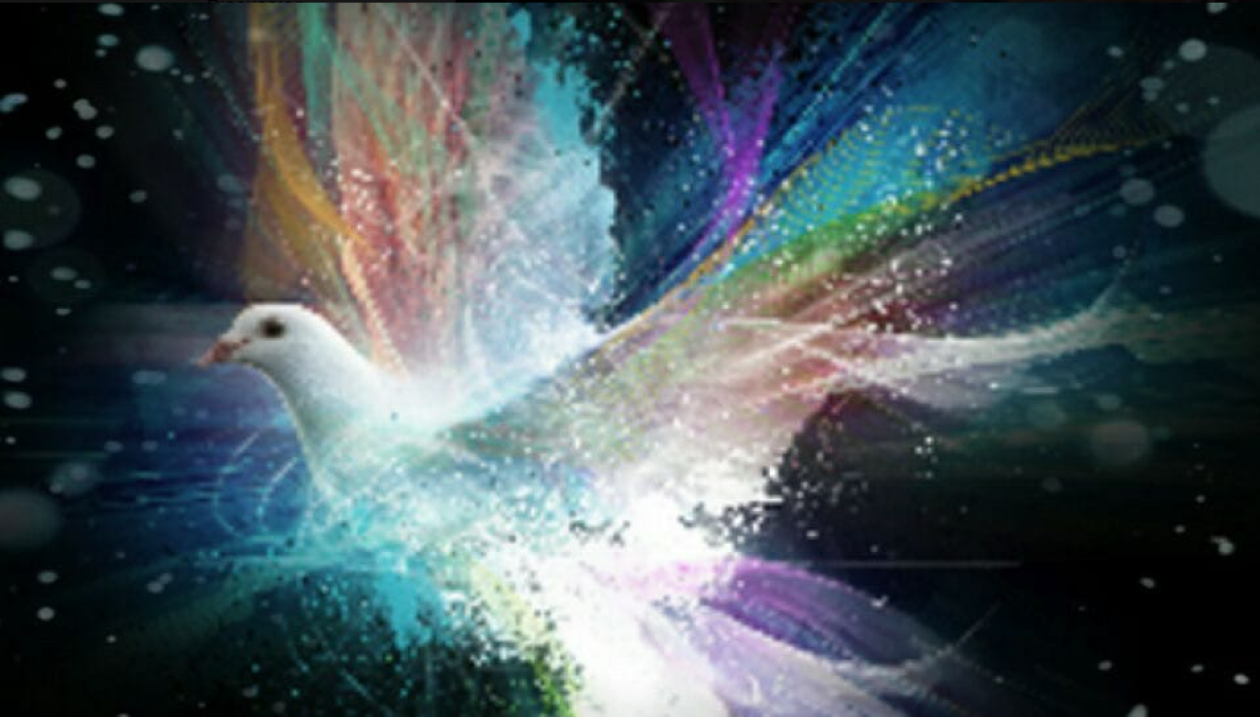 Are we supposed to keep the commandments?

Yes, we are, if they have anything to do with love.  And Yeshua told us the two greatest commandments were to love G-d and love one another.

But there is more than just figuring out how the over 1050 statements in the Brit Chadashah that relate to how to keep the commandments in the Tanakh, particularly when they support every moral law, and all the civil ones in the Mosaic Covenant.

The cultural, Jewish customs were and are not the point, except in making outsiders seem to be adhering to the Torah as they were supposed to if they wanted to be accepted in the Jewish community as non-Pagans.  The Gentiles would always be known as non-Israelites, but would be somewhat accepted amongst them for their love of YHVH.

Even if a Gentile converted to Judaism formally, and was keeping all of the Torah blamelessly under the watchful eyes of their community, Converts were not quickly accepted, and it took many generations for marriages being approved of for descendants of Gentiles to Israelites, particularly the Levites and Cohanim.  In Temple times, not all Levitical laws that would pertain to a man or woman who was an Israelite, pertained to a Convert as they could not say certain prayers that were about the Ancestors of the Israelites, or eat of certain sacrifices, and so forth…the laws in the Mishnah are quite complex and limiting for Converts. 1

Love is the concept that underlies all of the commandments in the Torah.  If one loves G-d, you do what he wishes.  If you love Yeshua, you do as he commands and teaches.  If you love your neighbor, you do all those things in Torah that pertain to you in this time of the Diaspora, not being in Israel, not having a Temple, and not having all of the instructions in the Torah applying to everyone anyways.  Some of the Torah is only for the King, for the Priests, for the Levites, for Men and for Women, so there is not just one list of things to do for everyone.

Yeshua also told the Apostles, when he gave the Great Commission to make disciples of out of all the nations, which to the Jews of that time was an astonishing idea.  The Jews did not understand the idea of Gentiles becoming Talmidim to Jewish Rabbi’s, nor for those Gentiles to conform to their Rabbi Yeshua without said Gentiles first converting to Judaism through ritual circumcision, and the complete disassociation from their former life.

Gentiles were to be avoided, many Jews of the 1st Century period thought, and were considered forbidden to be in contact with for Ritual Purity reasons, so most Jews had as little contact with the Gentiles around them that their business would permit.  It wasn’t always prejudice, though there was some of that, so much as it was fear of contamination by mingling with idolaters, and thus becoming ritually unclean by even casual contact. Gentiles were but tolerated in Judea unless known to be G-d Fearers. The few G-d Fearing Gentiles in Israel in Yeshua’s time were well known to be righteous…at least as far as Gentiles were required to be in that time unless converting to Judaism.

Matthew 28:18-20 (CJB)
18  Yeshua came and talked with them. He said, “All authority in heaven and on earth has been given to me.
19  Therefore, go and make people from all nations into talmidim, immersing them into the reality of the Father, the Son and the Ruach HaKodesh,
20  and teaching them to obey everything that I have commanded you. And remember! I will be with you always, yes, even until the end of the age.”

Make people from all nations into talmidim.

This must have shocked his hearers, who surely thought that the Messiah was only, or at least primarily, for Jews. Today the situation is reversed, for many Christians think it wrong to evangelize Jews. But their position is inconsistent; for if they really respect Yeshua they should obey his command to make people from all nations, including the Jewish nation, into talmidim.   Jewish New Testament Commentary.

1 Talmidim (plural; singular talmid), “disciples.” The English word “disciple” fails to convey the richness of the relationship between a rabbi and his talmidim in the first century C.E. Teachers, both itinerant like Yeshua and settled ones, attracted followers who wholeheartedly gave themselves over to their teachers (though not in a mindless way, as happens today in some cults). The essence of the relationship was one of trust in every area of living, and its goal was to make the talmid like his rabbi in knowledge, wisdom and ethical behavior (compare 10:24-25, and see the JNT glossary entry on talmid).  Jewish New Testament Commentary.

Christians in the West have the strange idea that they have but to assent to Yeshua as their ‘Lord’, and that from that point onward, everything is done for them by the Holy Spirit, at least in conjunction with hearing the Scriptures taught, and perhaps even reading the Scriptures themselves. Grace is considered to cover all failings and constant and continuing sin.

Yeshua wanted far more from those who would follow after him as their Rabbi that mere acceptance of his rule as Mashiach.

Matthew 28:18-20 (CJB)
18  Yeshua came and talked with them. He said, “All authority in heaven and on earth has been given to me.
19  Therefore, go and make people from all nations into talmidim, immersing them into the reality of the Father, the Son and the Ruach HaKodesh,
20  and teaching them to obey everything that I have commanded you. And remember! I will be with you always, yes, even until the end of the age.”

On Rabbis and Talmidim

A few (very few) of the most outstanding (secondary school) Beth Midrash students sought permission to study with a famous rabbi often leaving home to travel with him for a lengthy period of time. These students were called talmidim (talmid, s.) in Hebrew, which is translated disciple.

There is much more to a talmid than what we call student. A student wants to know what the teacher knows for the grade, to complete the class or the degree or even out of respect for the teacher. A talmid wants to be like the teacher that is to become what the teacher is. That meant that students were passionately devoted to their rabbi and noted everything he did or said. This meant the rabbi-talmid relationship was a very intense and personal system of education. As the rabbi lived and taught his understanding of the Scripture his students (talmidim) listened and watched and imitated so as to become like him. Eventually they would become teachers passing on a lifestyle to their talmidim. …

The Disciples as Talmidim

The decision to follow a rabbi as a talmid meant total commitment in the first century as it does today. Since a talmid was totally devoted to becoming like the rabbi he would have spent his entire time listening and observing the teacher to know how to understand the Scripture and how to put it into practice. Jesus describes his relationship to his disciples in exactly this way (Matt. 10:24-25; Luke 6:40)   He chose them to be with him (Mark 3:13-19) so they could be like him (John 13:15).

Most students sought out the rabbis they wished to follow. This happened to Jesus on occasion (Mark 5:19; Luke 9:57). There were a few exceptional rabbis who were famous for seeking out their own students. If a student wanted to study with a rabbi he would ask if he might “follow” the rabbi. The rabbi would consider the students potential to become like him and whether he would make the commitment necessary. It is likely most students were turned away.

Some of course were invited to “follow me”. This indicated the rabbi believed the potential talmid had the ability and commitment to become like him. It would be a remarkable affirmation of the confidence the teacher had in the student. In that light, consider whether the disciples of Jesus were talmidim as understood by the people of his time. They were to be “with” him Mark 3:13-19; to follow him Mark 1:16-20; to live by his teaching John 8:31; were to imitate his actions John 13:13-15; were to make everything else secondary to their learning from the rabbi Luke 14:26.

Trusting Yeshua as your Redeemer is only the beginning of life long change!

It is not enough to believe that Yeshua is the Son of G-d…the demons believe that.  Asking Yeshua into your life will get you saved, so long as you permit the reading of the Word and the influence of the Ruach haKodesh to change you into a G-dly person, acting as G-d would have you act.  That does not mean slavish, Orthodox Jewish adherence to manmade traditions, but it does mean honoring G-d’s will for your life, and becoming like Yeshua in all that you do.  But after that, Yeshua wants us all to pick up our own stake, and follow him.  Mostly that means not doing as the world does, and that can be very painful, if not anything near to crucifixion, but we are supposed to do that, and we do it by acting as Yeshua did.

1The Stranger within your Gates, Gary G. Porton; Chapter 2; Converts and Conversion in Mishnah, page 16,   1994 The University of Chicago Press

2 thoughts on “So, what about the Torah?”

Questions, Answers and Musings on God's Plan for Mankind